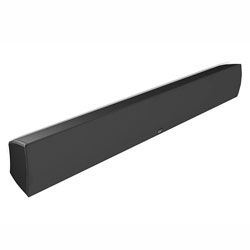 Soundbars do not have AirPlay support. The HT-Z9F can play audio from Spotify.

Wireless Internet connection is realized only in the HT-Z9F. Bluetooth support integrated in the HT-Z9F. The HDMI Audio Return Channel (ARC) is implemented only in the HT-Z9F. We rated the connectivity of the HT-Z9F at 8 out of 10, while the Mythos SSA-50 was rated 6/10. None of these soundbars can be controlled using the app. Soundbars in this review are not equipped with a microphone. The Sony HT-Z9F may become part of a multiroom system.

Dolby Atmos audio decoder is onboard the HT-Z9F. The HT-Z9F can work with surround sound due to DTS:X support.

power, input, Bluetooth, music service, volume down, volume up
has not

Dolby Digital
has not